How Do I Change? The Secret to a Better Life Isn’t What You Think

Most of the concepts you’ve learned about change need to be flipped on their heads.

The same can be said for your beliefs about what it takes to get what you want.

The secret to changing your life isn’t what you think.

You think changing your life is about pushing, pursuing, trying, and improving. The real secret to change is learning how to do less, how to let go, and how to stop trying to live a better life altogether.

If you want to change, stop trying to find the answers to success

Instead of trying to figure out what it takes to be successful, avoid what surely causes failure.

Instead of trying to be smart, avoid making stupid decisions.

This process is called inversion.

It takes a lot of brainpower to figure out how to improve your life. Many different variables are involved, including luck (which is out of our control). But you have the power to sidestep the bad paths.

Take an inventory of your life. What are the things you could stop doing that you know are making your life worse?

If you want to improve your life, first stop making it worse. If you’ve put yourself in a hole, stop digging.

The process of inversion also means saying no to certain opportunities. Warren Buffett and Charlie Munger, two of the most successful investors of all time, reject most of the opportunities that come their way. When they find a solid opportunity, they bet big.

They focus on making bets within their circle of competence:

Circle of Competence is simple: Each of us, through experience or study, has built up useful knowledge on certain areas of the world. Some areas are understood by most of us, while some areas require a lot more specialty to evaluate […] We do not necessarily need to understand these more esoteric areas to invest capital. Far more important is to honestly define what we do know and stick to those areas. Our circle of competence can be widened, but only slowly and over time. Mistakes are most often made when straying from this discipline.

If you want to avoid failure, don’t pursue opportunities outside your circle of competence. Stay in your lane. There’s always risk involved in any decision, but you want to avoid making errors you could’ve easily avoided to begin with.

Learn from the mistakes of other people. Whether it’s reading a business owner’s biography to learn which business strategies to avoid or looking at the people you don’t want to be like and avoiding the strategies they’ve used, you can model good behavior by observing the bad behaviors of others.

When you think of productivity, you probably think of doing more.

Adding more tasks to your plate. Spending more hours working hard. Adding as much activity to your life as possible.

I’ve coined the phrase “the badge of business” to describe people who live this way. They’re active, but they don’t get anything meaningful done.

They describe their lives as chaotic, busy, and full of “important” activities. But they’re really just inefficient and spend a bunch of time working on the wrong tasks or tasks that don’t matter.

Most of their activity is a form of procrastination to avoid doing the important work that needs to be done, which is the real definition of productivity.

Take business owners, for example. A lot of them spend time on tasks that don’t matter:

The core activity of a business is making money. Smart business owners spend most of their time on marketing, sales, and acquiring customers. In the beginning, their only goal is proof of concept.

Daymond John, a founder of Fubu, started his $100 million+ clothing company by seeing if he could sell a few T-shirts on the street. Once demand grew, he invested in warehouses and more elaborate marketing techniques.

You’ll be more productive by eliminating tasks in your life.

You’ll also be more productive by doing one thing at a time instead of trying to do everything at once.

Each time you switch between different tasks, your brain has to reset itself. The more you switch, the more often your brain must reset, which compounds the problem.

The harder you try, the less likely you are to succeed

Don’t aim at success. The more you aim at it and make it a target, the more you are going to miss it. For success, like happiness, cannot be pursued; it must ensue, and it only does so as the unintended side effect of one’s personal dedication to a cause greater than oneself or as the by-product of one’s surrender to a person other than oneself. Happiness must happen, and the same holds for success: you have to let it happen by not caring about it. I want you to listen to what your conscience commands you to do and go on to carry it out to the best of your knowledge. Then you will live to see that in the long-run—in the long-run, I say!—success will follow you precisely because you had forgotten to think about it.

The hallmark of a cool person is their lack of a need for approval. You get people to like you by not caring about whether people like you.

To get what you want in life, you should focus on attracting it instead of chasing it.

This quote from Jim Rohn comes to mind:

When you attract success, you’re not waiting for a specific outcome to happen at a specific time. You’re living your life in such a way that success is inevitable.

When you’re chasing success, you’re trying too hard, taking shortcuts, and sending out needy and desperate energy that will repel the success you’re looking for.

All true success is simply a byproduct of your actions:

This is where systems vs. goals thinking comes in. I learned this concept from Scott Adams, author of the best-selling book “How to Fail at Almost Anything and Still Win Big”:

A goal is a specific objective that you either achieve or don’t sometime in the future. A system is something you do on a regular basis that increases your odds of happiness in the long run. If you do something every day, it’s a system. If you’re waiting to achieve it someday in the future, it’s a goal. If you achieve your goal, you celebrate and feel terrific, but only until you realize you just lost the thing that gave you purpose and direction.

Instead of trying to aim at a specific goal, create systems and processes that will move your life in the direction of your goal:

Stop trying to be someone else and be yourself more

“Be yourself” is one of the best and worst pieces of advice you can give someone, depending on how you frame it.

You can become the best version of yourself by highlighting your strengths and conveying your personality in the best way possible.

Or, you could use “being yourself” as a copout to never improve and just expect people to like you for who you are—even when you put in very little effort.

The key to changing your life isn’t trying to become someone else; it’s being your genuine self and amplifying it. It’s removing the BS layers of your personality like:

Notice how all the problems I’ve listed have to do with excess, doing too much, and trying too hard?

Stop making the process of changing your life into a big, arduous mystery when you already know what needs to be done.

Changing your life comes down to believing you’re good enough while working to improve your situation without needing anything specific to be happy.

Let go of control to get more of what you want 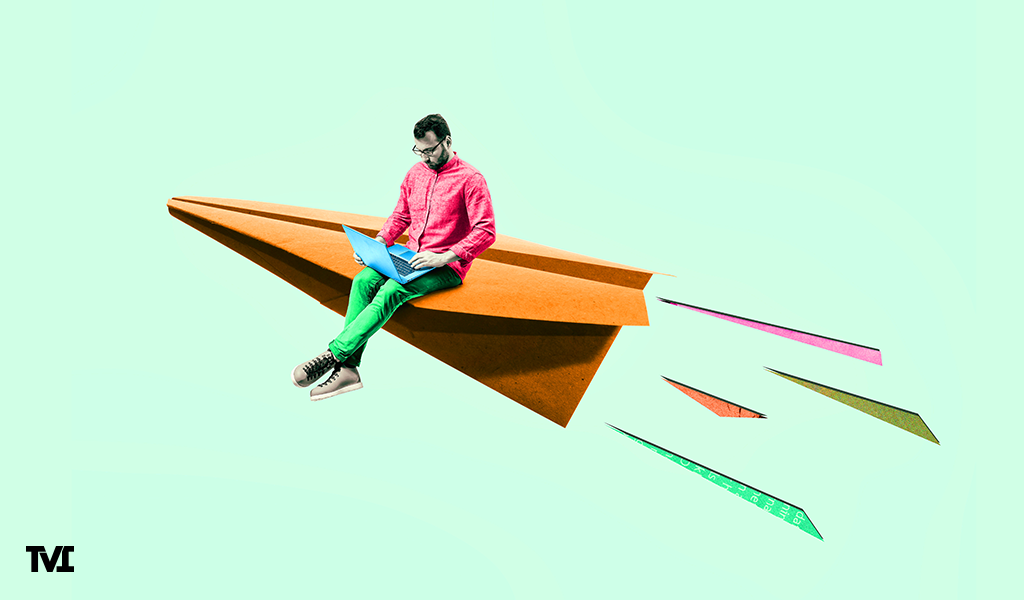 There are lots of concepts like Buddhism and Stoicism that preach the virtue of non-attachment.

Non-attachment doesn’t mean you don’t care about anything or don’t have any goals. It means that you don’t clutch onto your goals, wants, and desires. You don’t define yourself by them.

If you want to change your life, detach yourself from the idea that something needs to happen for you to feel better about your life.

It’s the “I’ll be happy when” delusion.

You keep telling yourself that if you reach a certain success milestone, your problems will disappear, and you’ll have eternal contentment and peace.

Now you have something to lose, making you tight and hesitant because you can’t stand the idea of moving backward. Pursue success without being attached to it. There’s nothing wrong with chasing goals, but it’s a mistake to define yourself by them.

Stop attaching yourself to outcomes.

One of my mentors had a saying:

“The price of needing it to work is that it doesn’t work.”

The mantra continues to repeat itself. Stop being needy, stop clinging, stop trying so hard. Operate from a place of power instead of force. Let the results you want come to you by worrying about them less.

The counterintuitive nature of change

No matter what I say, you’re still going to crave change.

If you want to change, you must understand the counterintuitive nature of your desire for change.

You don’t change because as much as you think you want to change, you don’t.

You do everything you do to keep your life exactly the way it is, even if you don’t like it. You’re so afraid of uncertainty that you’d rather let your life slip through your fingers than face the possibility of an uncertain outcome.

You cling to faulty belief systems, even if they make your life worse, because they’re your belief systems. You do things your way, even though it doesn’t work, because it’s your way of doing things.

If I could sum up why it’s so hard to change in one sentence, I’d say this:

Your number one goal is to preserve your current identity.

Even if you don’t like your life, you can settle into a groove of self-pity that oddly feels good.

Change the way you see yourself not by thinking about how much you desire change but by fully understanding how much you want to stay the same.

Once you know the real uphill battle you’re fighting, the journey begins.

When you wonder “How do I change?” remember…

Life is full of paradoxical truths.

Often, you need to do the exact opposite of what you think is required to get the results you want.

If you ever find your life isn’t going the way you want, take time to reflect. Can you add value to your life by doing less, doing the opposite, or maybe even doing nothing?

Get out of the rat race by understanding the cage you’re in. If you’re in a maze, step back and look at it from a bird’s eye view.

There are obvious and simple solutions to your problems, which is exactly why you avoid looking in the most obvious places.

What is a RASCI Matrix and How Do You Use It?

‘Big Brothers’ Can Have a Lasting Impact on Kids, Study Finds

‘Big Brothers’ Can Have a Lasting Impact on Kids, Study Finds

Study: 4 in 10 employers may have talent on the chopping block

4 Reasons You Lack Confidence In Your Job Search

The onboarding mistakes that are crushing company culture