The 10 Best Medical Schools to Attend

Becoming a doctor is a hugely rewarding career choice: there is incredible job security, the salary and opportunities are top of the range, and you get to spend every day changing people’s lives.

The downside, however, is that med school is highly competitive. Although medical programs require applicants to have an exceptional academic background, you shouldn’t let this put you off. With the right preparation, a successful application is certainly not impossible, and there’s no reason you shouldn’t aim high.

To get you started, we’ve consulted the QS University Rankings to bring you the crème de la crème of the clinical education world. Time to learn all about the top medical schools in the world.

Originally named King’s College, the University of Toronto was founded by royal charter in 1827, making it the first higher learning institution in Upper Canada.

U of T, as it’s known, was the birthplace of the first artificial cardiac pacemaker and the site of the first ever lung transplant. Its graduate students and alumni have, through the decades, made significant contributions to the world of science: from building the first electron microscope in North America to inventing the first anti-gravity suit used by fighter pilots.

Today, the university offers more than 700 undergraduate programs and 200 programs in its graduate school, and consistently ranks among the top universities in the world. In 2020, U of T received a historic $250 million donation for healthcare research. 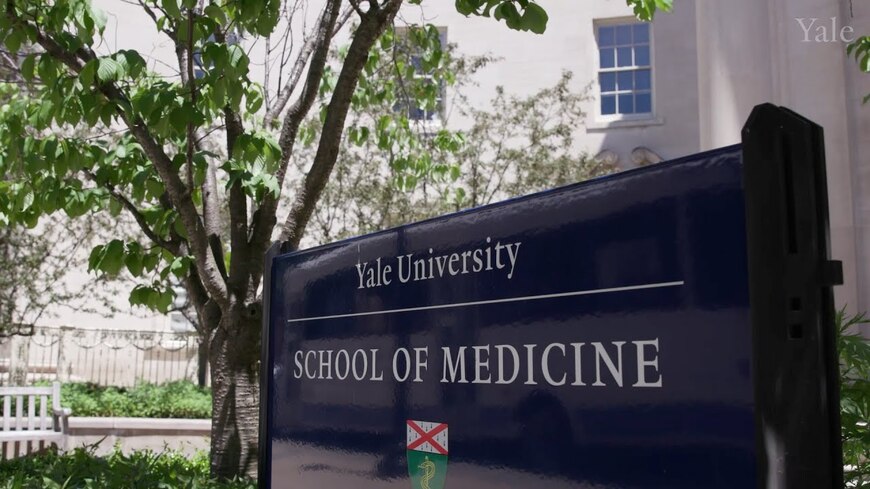 Founded in 1810, the Yale Medical School has a long-established reputation for innovation, having performed the first X-ray and administered the first use of penicillin on US soil. It was also the first faculty to try chemotherapy as a means of cancer treatment.

This creative approach has filtered into its teaching, too. Adopting what is known as the “Yale System”, med students are not graded for the first two years of study and sit exams anonymously. Large lectures are also thrown out of the window, with the department instead preferring intimate seminars and tutorials. If you prefer a more independent approach to study, then this could be the school for you. 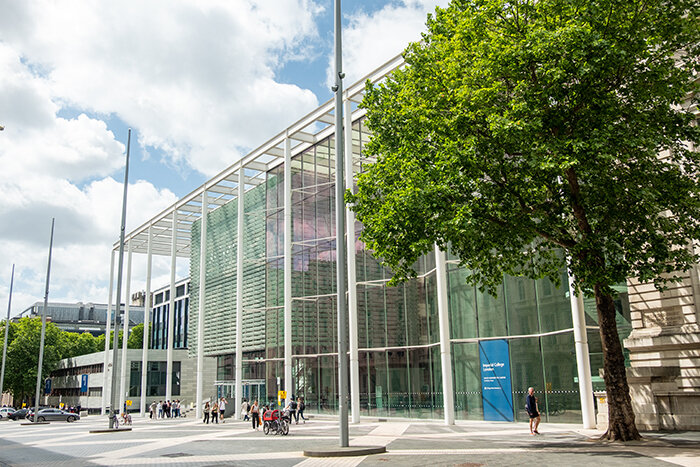 The Imperial College London houses a world-renowned medical school which prides itself on its innovative teaching methods, programs and research.

The Faculty of Medicine offers undergraduates the opportunity to earn both a BSc and an MBBS, thanks to its dual qualification program. This six-year degree is divided into three phases, all of which are designed to equip you with the necessary knowledge and skills to progress into the next stages of your career.

As a medical student, you will be introduced to case-based learning, encouraged to develop research skills and allowed to prepare for clinical practice. At the end of your studies, you will graduate with a primary medical qualification, which means you’ll be eligible for provisional registration with the General Medical Council and a licence to practise in approved Foundation Year 1 posts. 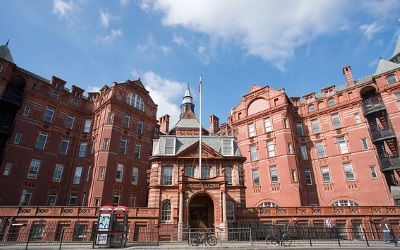 With direct access to the biggest and most active trauma departments in the UK, UCL’s MBBS program is one of the most sought-after medical courses in the UK and beyond. As one of the most prestigious universities in the country, you’ll also be surrounded by some of its brightest minds.

UCL also boasts a proud tradition of innovation and discovery; both adrenaline and the human immune system — two of the most significant advances in medical history — are credited as being discovered here. If you can meet the grade requirements, then you could represent the next installment of scientific and clinical pioneers. 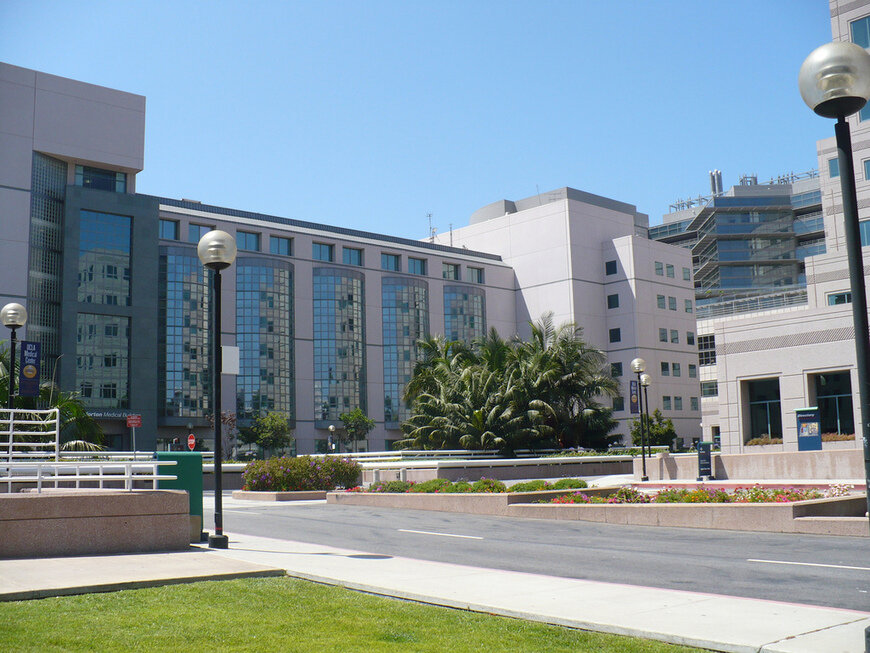 Despite being named after a movie executive/record producer with seemingly little connection to the medical world, be in no doubt: the David Geffen School of Medicine at UCLA is one of the most illustrious clinical colleges in the world.

Its four-year course is split into two theoretical years, followed by two clinical years, including a whole year of rotations and placements across Los Angeles’ many busy hospitals. If you want to be close to the glitz and glamor of Hollywood in between your study breaks, then this could be the school for you. 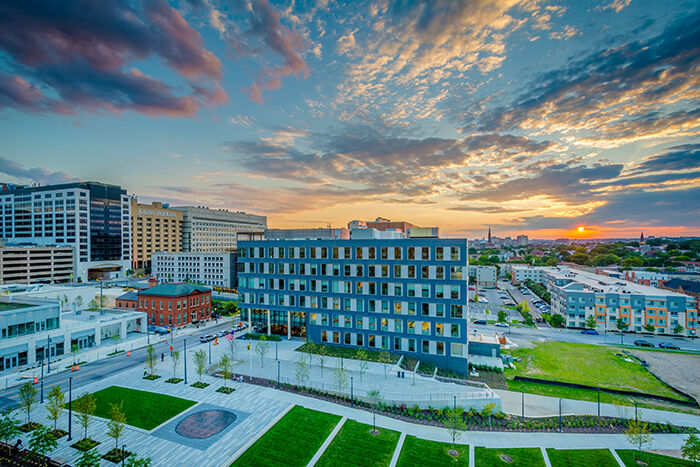 Run in partnership with the famous hospital of the same name, the Johns Hopkins University is the oldest medical research university in the US, its name synonymous to advancements in medicine. Among its attributed achievements are the development of CPR, treatment development for sickle cell disease and the creation of the first biological pacemaker.

As an indication of the school’s standing, it is also often regularly referenced in popular culture; some of the fictional doctors to have “attended” the University include Perry Cox (Scrubs), Gregory House (House), Julius Hibbert (The Simpsons), Preston Burke (Grey’s Anatomy) and Hannibal Lecter (The Silence of the Lambs).

Steeped in tradition and focused on thought processes over practical learning, medical students at Cambridge focus solely on theoretical and classroom-based learning until Year 3 of the program. When med students are eventually let loose, though, it happens to be at Addenbrooke — one of the world’s most renowned and prestigious teaching hospitals.

Pursuing a similar medical curriculum to that of its eternal rival Oxford, Cambridge does offer one unique difference: alongside the aforementioned clinical placements, students are encouraged to diversify by choosing a specialization that is not medical in nature, such as philosophy or business.

Although better known for its technological achievements and influence within the nearby Silicon Valley, Stanford University also has a world-renowned medicine program. It’s also one of the most difficult colleges to get into, with an acceptance rate of just 2.3%. The lucky few who do get in get to enjoy the close proximity to San Francisco and San Jose.

The school boasts eight Nobel Prize winners and a host of internationally recognized faculty members, so you’ll have a lot to live up to. 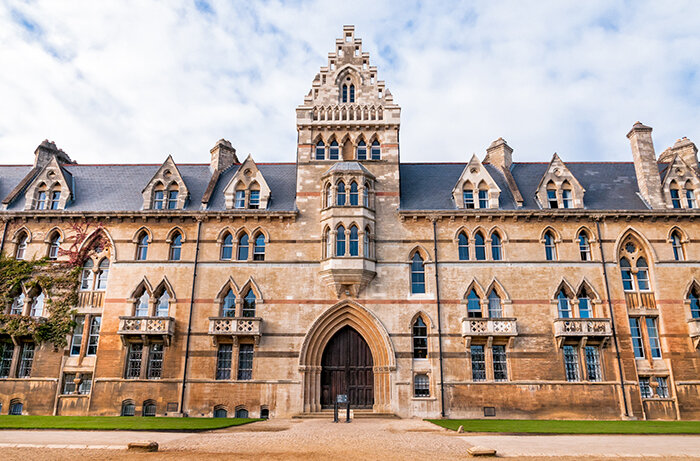 Despite its reputation for excessive essay assessments and a ruthless approach to information delivery, the University of Oxford is consistently voted as one of the best medical schools in the world.

Much of the curriculum is focused on the scientific aspect of medicine, with students encouraged to work and draw conclusions from primary pieces of research. This innovative approach to teaching ensures that Oxford graduates are ready-made pioneers in their field, with the wider medical community benefitting in the long run. 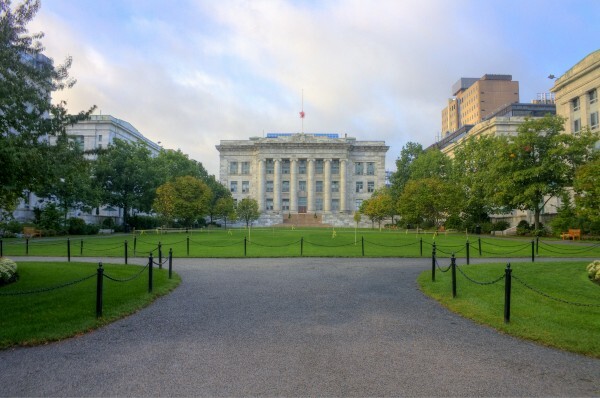 The top spot in medical schools for research belongs to Harvard University. Its medical school is regularly at the forefront of various clinical studies and research papers, while its MD program offers an alternative Health Sciences and Technology pathway in collaboration with MIT. There are also numerous high-profile teaching hospitals and research institutions in its vicinity, so there’s no shortage of access to brilliant minds and top-quality facilities.

Indeed, if you can meet Harvard’s stringent pre-med requirements — and if you can afford the tuition fees — then you can enjoy four years of the finest medical instruction in the world.

Notable alumni include Dr Sidney Farber (noted oncologist/pathologist who is considered the “father of chemotherapy”), Dr Helen B Taussig (pioneer of paediatric cardiology and codeveloper of the Blalock-Thomas-Taussig shunt) and Dr Michael Crichton (qualified physician and creator of the Jurassic Park franchise).

How to Become a Doctor

A career in medicine isn’t for everyone, but if you’re up for the challenge, and looking for a premium education in the field, then it doesn’t get any better than this.

If you are planning on pursuing your studies in the US, you may be wondering what the top medical schools in the States are, additional to the ones mentioned in our list. According to the U.S. News & World Report’s 2023 Best Medical Schools rankings, the top medical research schools include:

Are you surprised to see some of these schools on the list or shocked that others didn’t make the cut? Join the conversation below and let us know.

Health benefit costs to skyrocket in 2023, but US will lag

How To Find A Hiring Manager’s Name

How To Find A Hiring Manager's Name

Everyday Web Development Problems and How to Tackle Them