Bad bosses can make life at work a living nightmare.

After all, sometimes the best way to deal with a bad boss is with a little bit of humor.

Here are 30 of the most relatable bad boss memes to lighten up the situation.

You got lured into this job with the promise of a flat hierarchy. It seems your boss thinks otherwise — apologies, I mean Mr Boss! 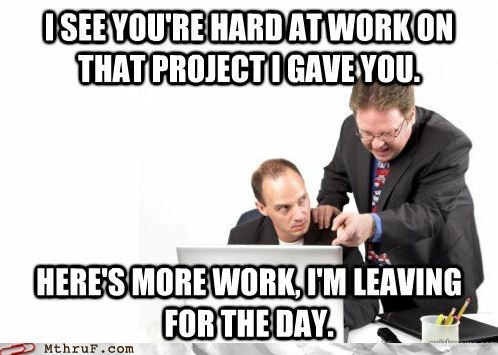 You start your day early with the promise of getting all your tasks done and leaving on time, but it turns out your boss has other plans for you. Meanwhile, off they go two hours before closing time! 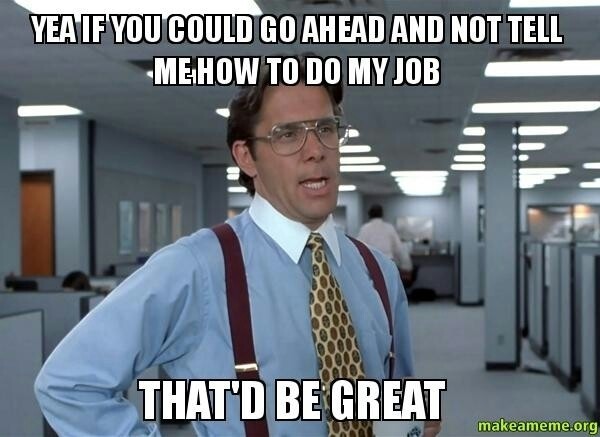 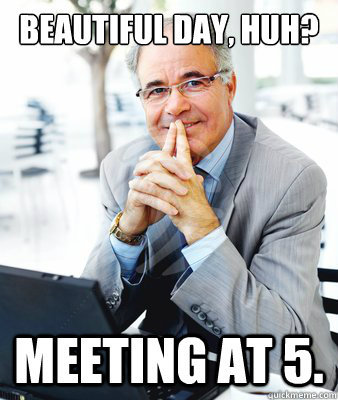 Who doesn’t want their day to end with a 5pm meeting? Shockingly, a lot of people who don’t want to stay confined within four walls for an extra hour! Mr Boss, it seems, didn’t get the memo on the whole work-life balance thing. 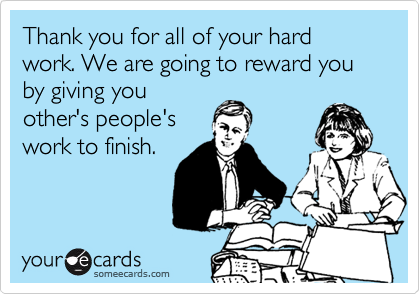 Ah, yes. You would love to help by doing other people’s tasks and wasting your time in the process! A simple “Good job!” would have also sufficed. Is that too much to ask? 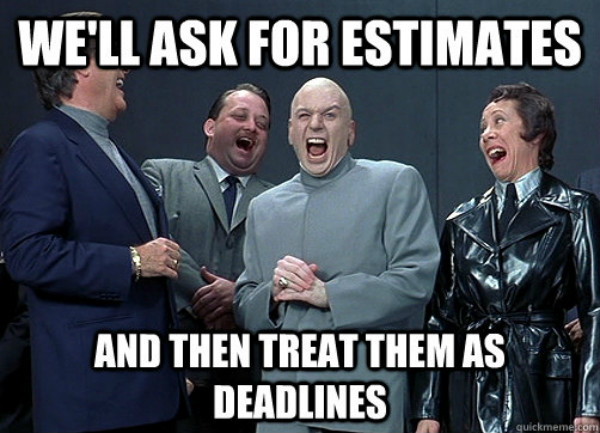 This sounds familiar, doesn’t it? Just when you think your boss is flexible with your workflow, they tower over your cubicle demanding that unfinished report. In your boss’s mind, it turns out that “estimate” and “deadline” are synonymous. Lesson learned. 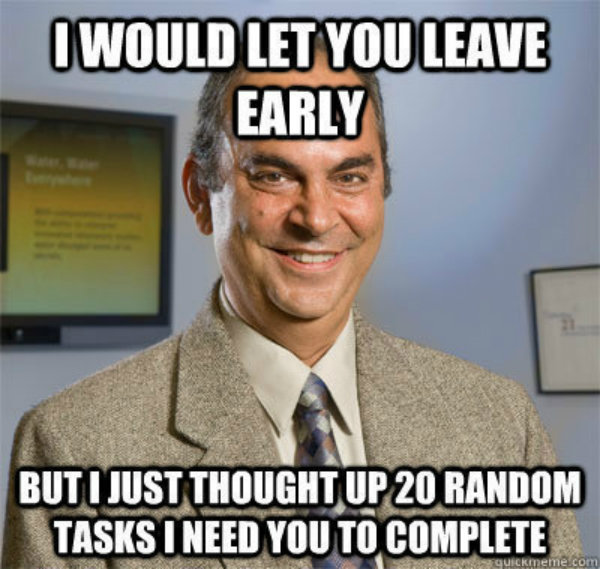 Nothing can send you running to the hills like when your boss gives you more tasks just as you’re about to call it a day. Especially on days when you’re counting down the minutes until you get off work, the last thing you need is a pile of paperwork that, according to your boss, simply cannot wait until tomorrow! 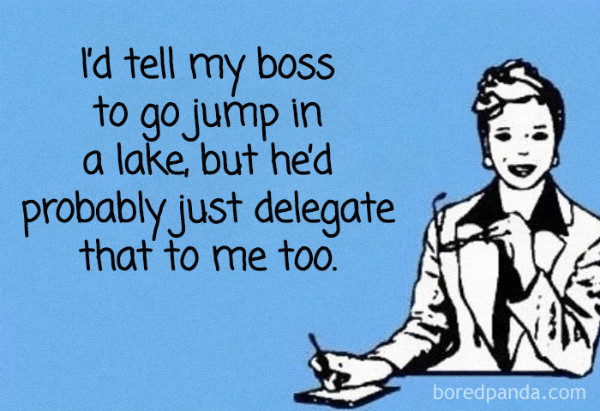 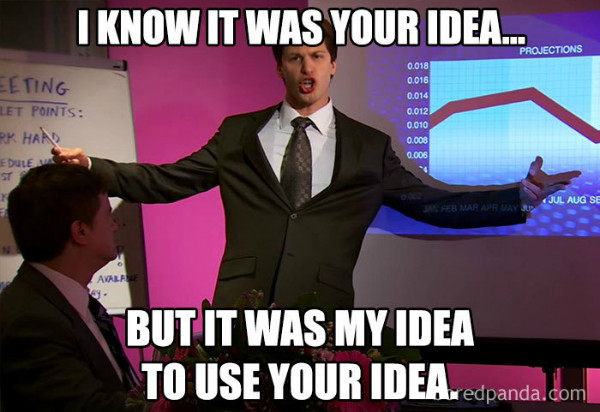 While we’re on the subject, as you complete your boss’s tasks for them, they will probably be busy stealing your ideas and presenting them as their own. Some bosses truly are the worst, aren’t they? 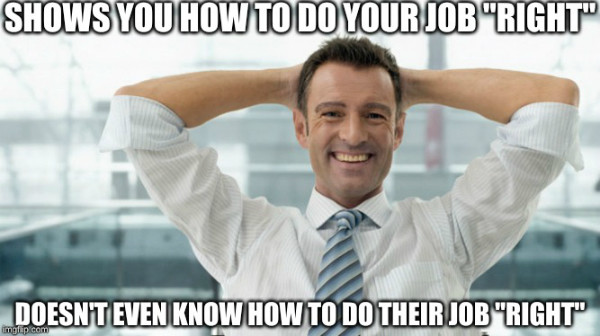 It truly is frustrating when your incompetent boss is under the impression that they can do your job better than you, a trained professional in the field. What makes this situation even more irritating, however, is their complete obliviousness and conviction that they can, in fact, do your tasks! 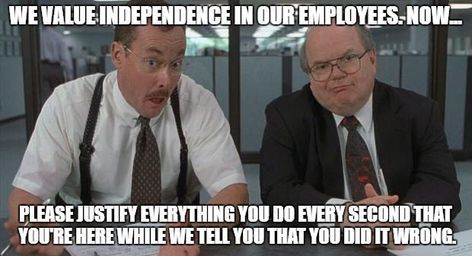 Constructive feedback is one thing, but strict guidelines are quite another. If your boss is a perfectionist who has a habit of controlling your work and monitoring your every move, then it explains why you’re here looking at bad boss memes. 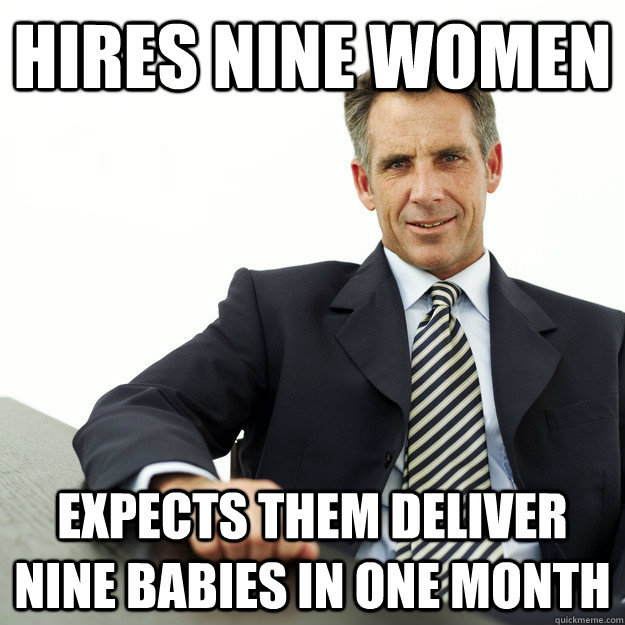 Women often face tremendous discrimination in the workplace, especially when it comes to taking maternity leave. Superiors often treat their female employees as liabilities and place unrealistic demands on them. Sorry, boss, but there’s no “Click and Collect” option for this one! 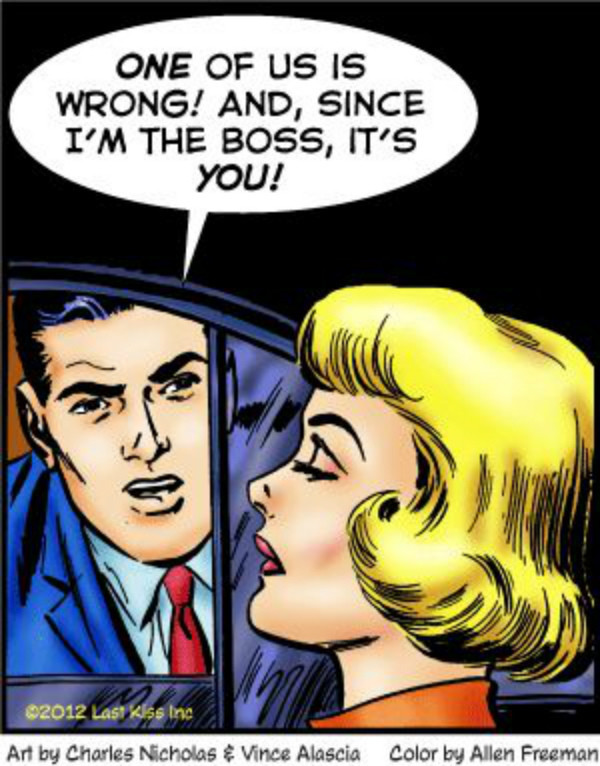 If your boss has a fragile ego, then you’ve probably found yourself in this familiar situation. Even if logic and evidence are on your side, being the boss, apparently, is enough validation to debunk any other arguments.

This is a tale as old as time, and probably one that a lot of women can relate to. Dealing with sexism in the workplace is nothing new, and while it should not be tolerated, the least we can do is make a good meme out of it. 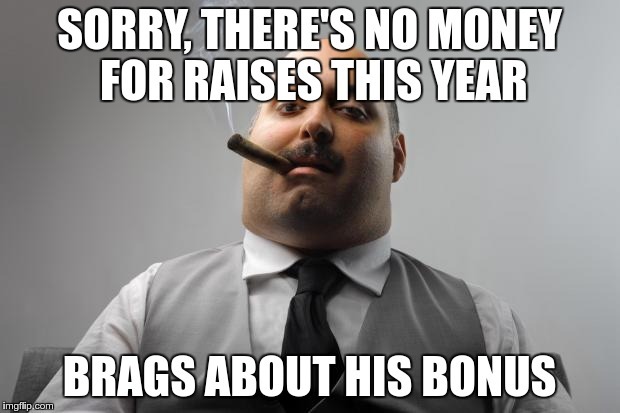 While keeping employee morale up is a big priority for many companies, this doesn’t quite seem like a priority at your workplace. Well, unless you count the only person who got a bonus for the year.

How to Kill Time at Work 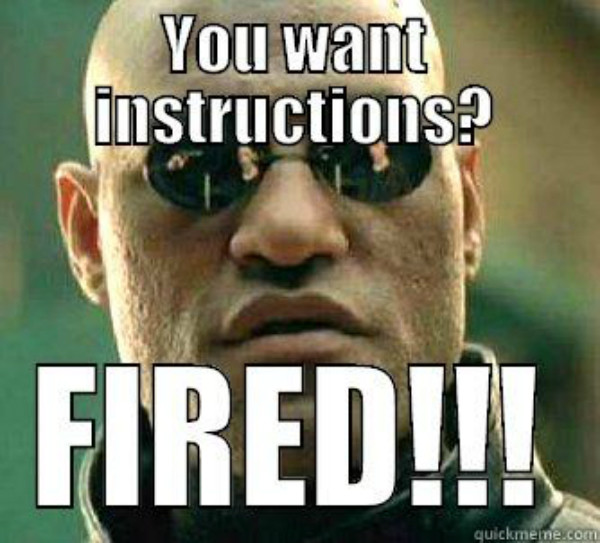 The main idea behind superior roles at the workplace is so that there’s someone who can guide, advise and instruct employees. If only this was true in most cases. Apparently, seeking help is a big no-no for your (ex) boss! 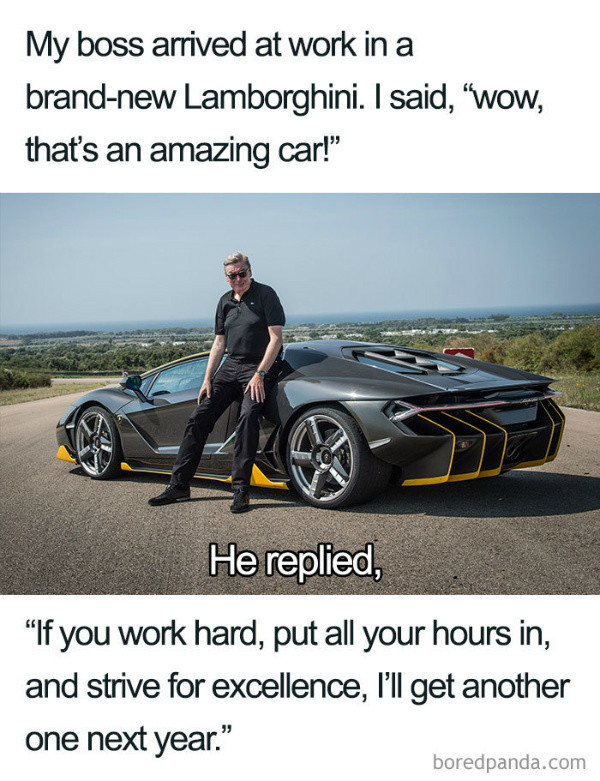 It truly is a slap in the face when your boss is reaping the benefits from your hard work. Meanwhile, you haven’t received a bonus or a “thank you”! The least they could do is give you a ride! 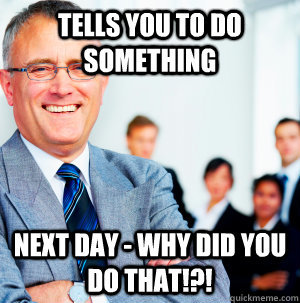 One of the perks of being the boss is that you can blame other people for your mistakes. If you’re at the other end of this situation, however, that’s another story. It’s during these moments that you find yourself practising mindfulness and going to your happy place. 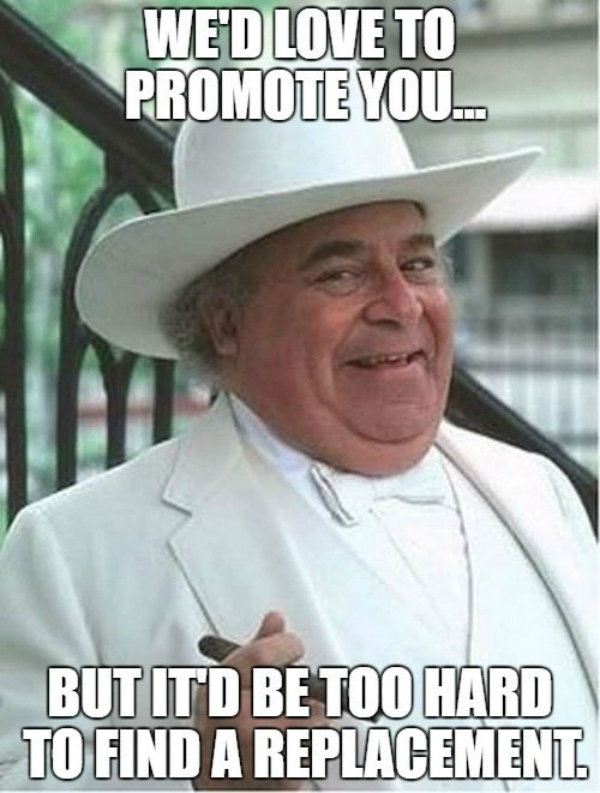 Have you ever been passed over for a promotion for such a ludicrous reason? If so, you have the right to be upset. So, the problem of being too good at your job is that your boss doesn’t believe someone else can do it that well. The irony is strong with this one. 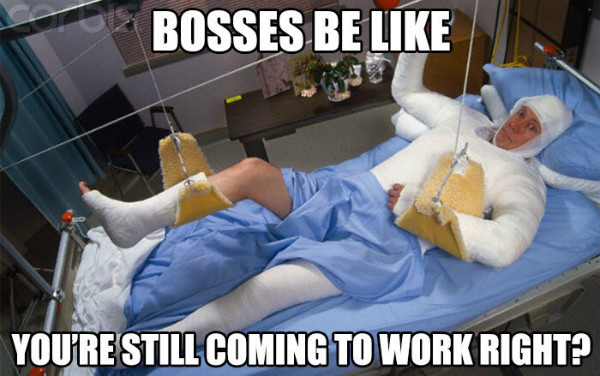 Some bosses have truly unrealistic expectations. Come rain or shine, they expect you to be at work ready for your shift, no matter the circumstances. But sometimes you can’t just move mountains to fulfil their wishes, especially if you’re in a full-body cast. 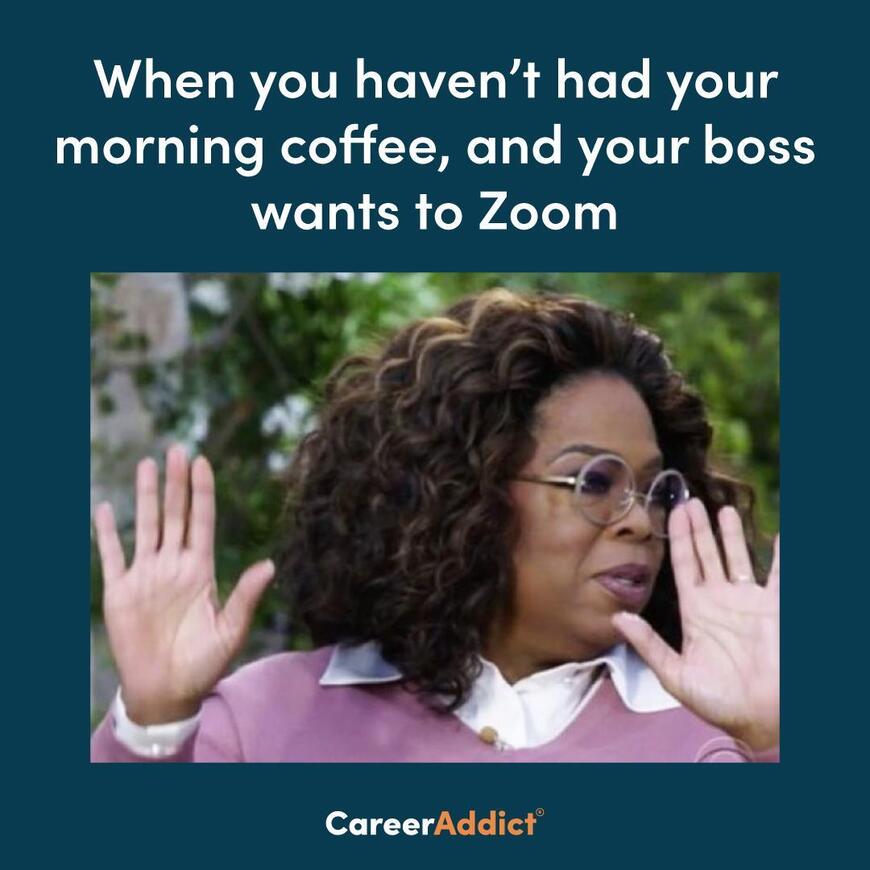 You slept through your alarm, stumbled out of bed, and pulled an inside-out T-shirt over your head. A virtual meeting invite certainly wasn’t the first notification you were hoping to receive. 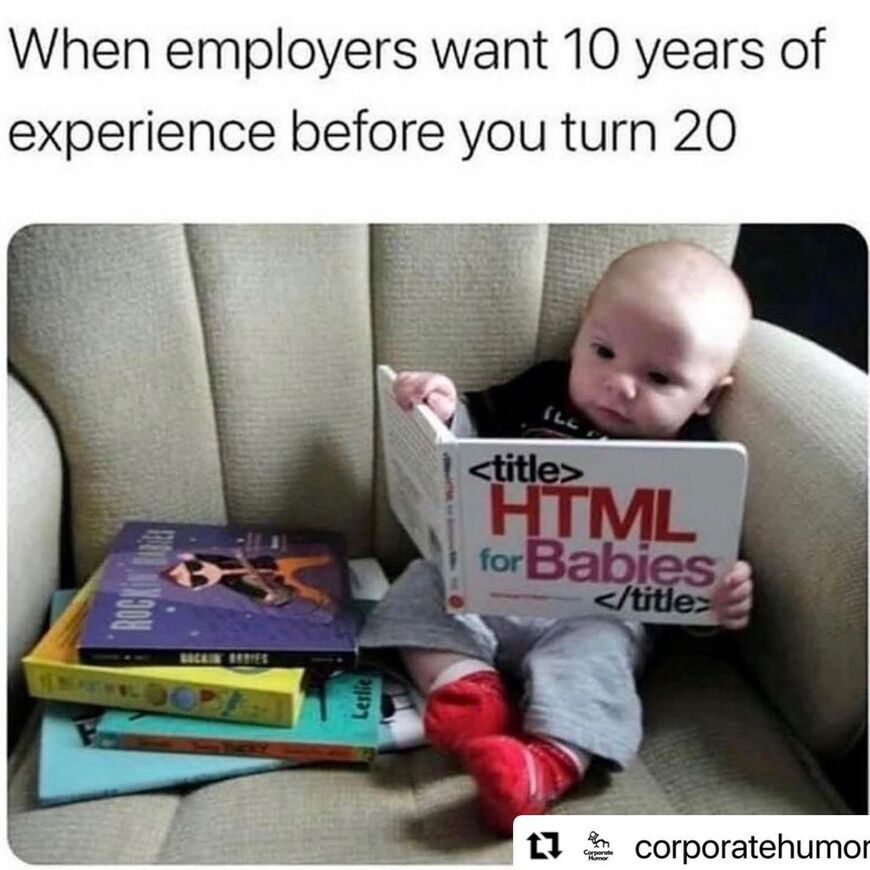 Have you ever come across an entry-level job ad requiring 2–3 years of relevant work experience? We have, too. Make it make sense! 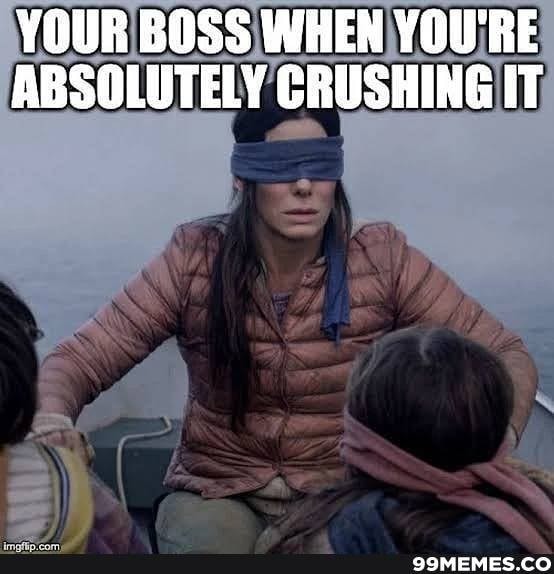 You type at the speed of light, respond to emails within minutes, and never miss your deadlines. But the moment you sneak a look at your social media, your boss appears out of thin air. 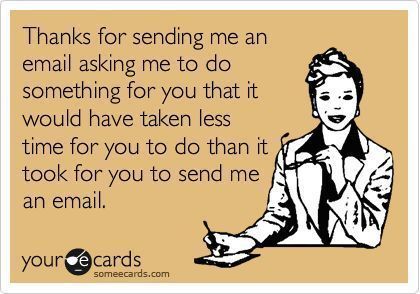 Typing out that task description and sending it over was more time-consuming than the task itself. Your boss claims to be all about efficiency, but this bit of evidence suggests otherwise! 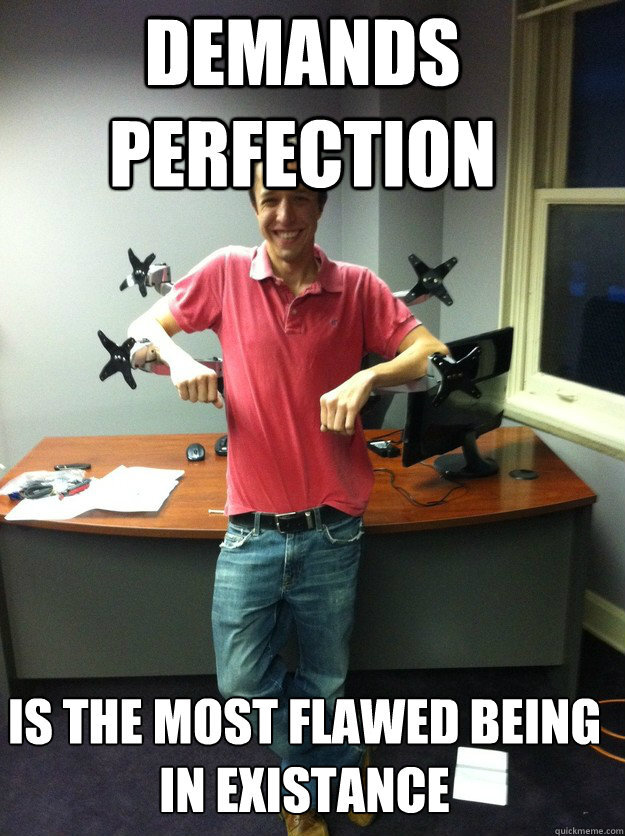 A boss who’s unwilling to do a bit of self-reflection is a really, really bad boss. But if pinpointing other people’s flaws had a national championship, they would make it to the finals. 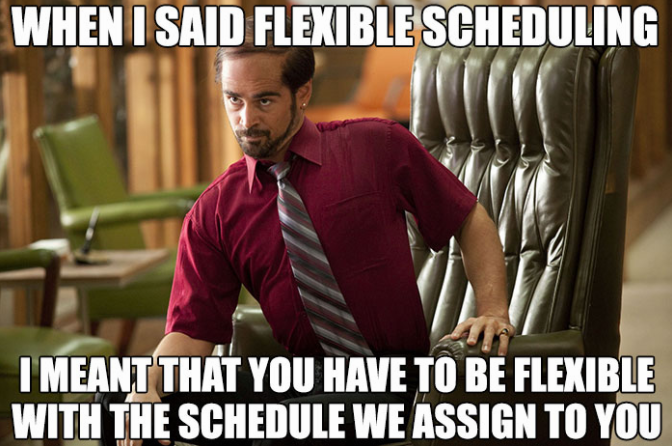 You saw the words “flexible schedule” and decided to apply, dreaming of hybrid work and freedom. Yet during your first interview you’re told you can clock in any time — between 9:00 and 9:30am, that is. 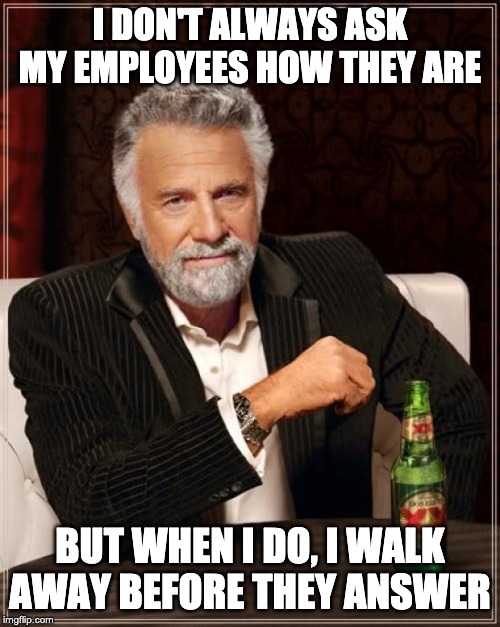 This is one of the best boss memes we’ve seen, because it’s so true! How many times has your boss walked out on you faster than you could mumble “great, thank you”? 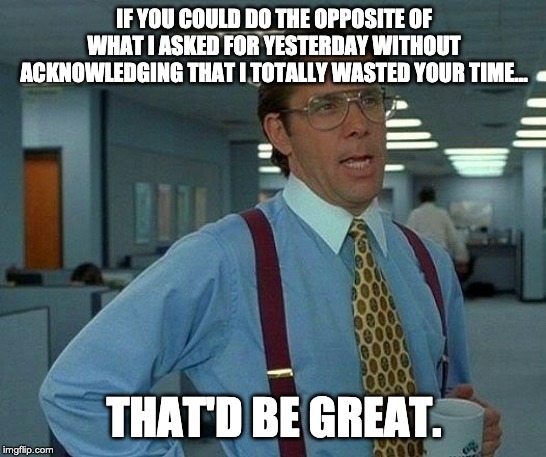 They ask for one thing, wait until you’re nearly done, then ask for something else. If you’re expecting that this time they’ll require no changes, your bad day at work is about to get worse. 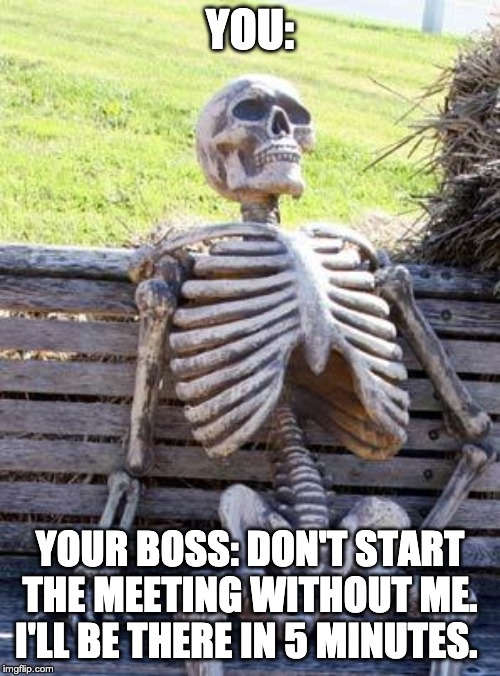 It’s been half an hour and your boss still has you waiting. You’re tired, you have a deadline, and your annoying coworker won’t stop talking about their favorite period drama… Just another day in that working life! 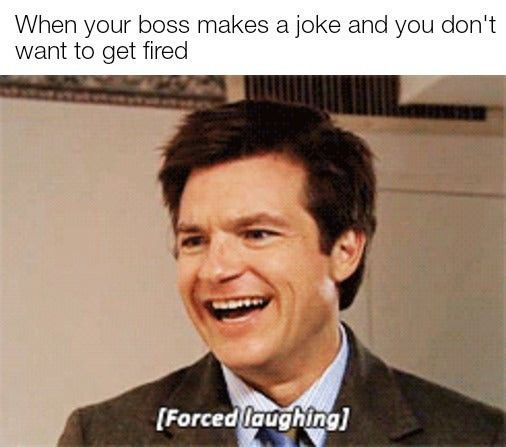 Ever heard your boss make a condescending remark and try to pass it off as a joke? The worst part is you can’t even call them out without risking it all.

If your boss’s bad behavior is bringing you down, then take condolence in that you’re not alone and that, at the least, you can fight evil with the humorous power of memes!

Which meme reminds you of your boss the most? Let us know in the comments section below!

This article is an updated version of an earlier article originally published in May 2016 and contains contributions by Electra Michaelidou.

How this HR exec quadrupled her workforce in 10 years

The 10 Best Examples of HR Strategy

Back to Basics: The fast facts of the Sherman Antitrust Act