I read this article by Forbes magazine on the subject of delivering bad news and realized just how many companies fail to follow the steps outlined when they lay people off. I honestly believe the majority of corporations and management teams don’t mean to do this incorrectly—they just haven’t been trained in what it takes to effectively communicate what’s happening. The result is an angry, vocal group of ex-staff members and a concerned set of clients who wonder if they should look for a new vendor.

Here are the most common mistakes companies make during layoffs:

I once worked at a start-up company that, unbeknown to the staff, was running out of funds. So, one day we walked in and saw at 10:00 a.m. a large group of people got up from their desks and went to the cafeteria for a meeting. The other large group got up and went to the conference room. Each had been sent an email on where to go. When they got to their respective meetings, the cafeteria group was told they were all being let go and to get their things, head home, and the company would be in touch with final pay. The other group was held hostage in the conference room and told they had to stay there until the layoff was complete. Needless to say, the fallout from that experience was significant.

I’m working with a woman right now whose company announced a layoff five months ago after they were bought out and merged with a larger firm. Absolutely nothing has happened since. She says the staff morale is at an all-time low. People feel paralyzed. They don’t want to look for a new job if they don’t have to, but they also don’t want to walk in one day and find out it’s over. Productivity is down and stress-related illness is up from the fear of the unknown.

3. Covering Up The Truth 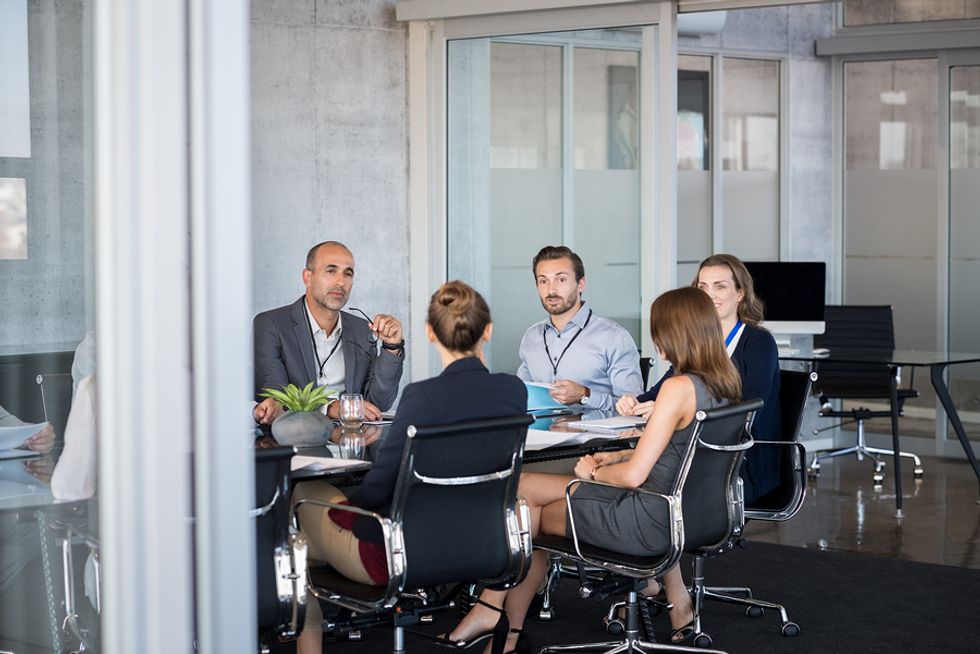 I have a friend who worked for a larger privately held company. One day he walked in and learned the company was “cutting expenses” and laid off 20% of the staff. At the time he thought he was lucky because he kept his job. A month later, news came out that the owner of the company was going through a messy divorce due to cheating on his wife and had been using company funds to support his mistress. The layoffs were a way to save money so he could pay himself more to cover the alimony payments while still maintaining his current lifestyle. My friend found a new job, along with several of his colleagues who couldn’t stomach working for the owner after that.

Some companies announce layoffs due to “a decline in sales” only to show an increase in earnings for shareholders in the same quarter. This sends a very confusing message to the world. You are making more money, so you are laying people off?

The best companies are clear as to why they are laying off—even if the reason is unpopular. If you feel appeasing shareholders is more important than keeping people employed, then say so. You might catch a lot of heat for your choice, but at least you won’t look like a liar.

5. No Support For Those Affected 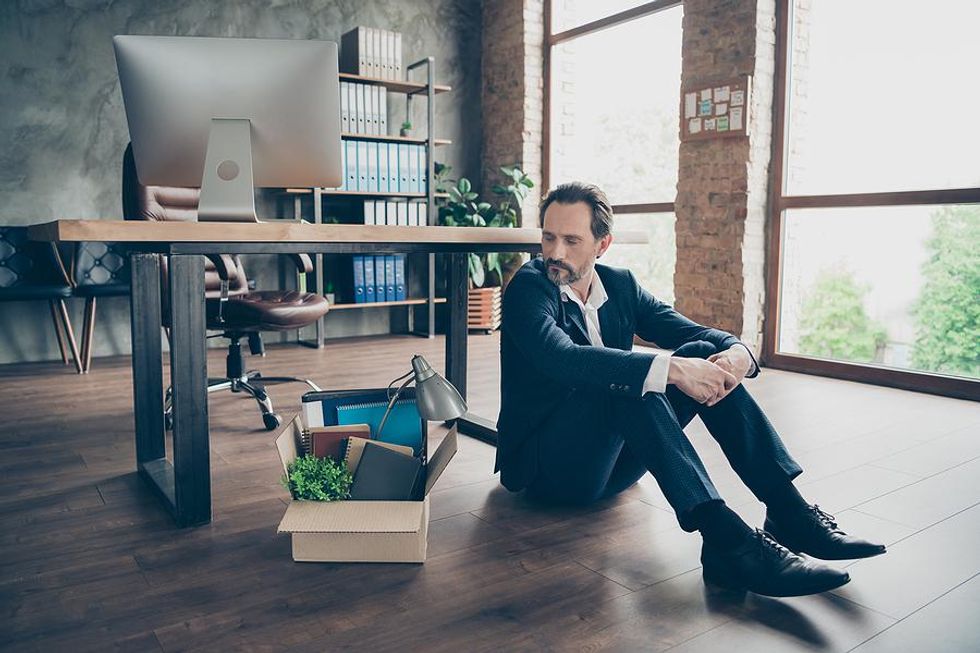 ​Now that so many companies have conducted layoffs, it appears that HR departments and management teams have decided to scale back what they spend on outplacement programs (a.k.a. career coaching for those affected by the layoff). And, while their lack of effort to help those who have been working for them usually doesn’t make the national news, it does spread like wildfire through the social community.

Today, layoff victims have a large platform for tarnishing the reputation of a former employer who throws them out on the street without help: social media. Companies shouldn’t underestimate the negative impact failing to give proper resources to layoff victims will have on their reputation.

6. Not Addressing All Parties Involved 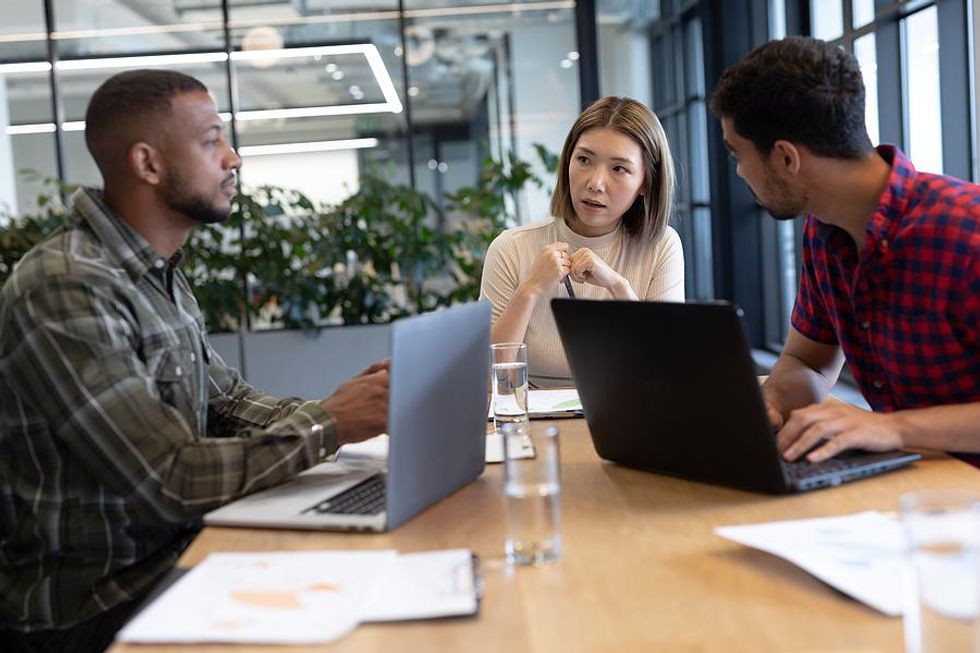 Some companies don’t feel they have to explain their reasons for laying off staff to anyone but those affected. What they forget is that anyone involved with their company is affected! For example, employees that don’t get let go have to deal with survivor’s guilt. It’s not as if they won’t ever see or hear from their former colleagues ever again. So, what should they do? And, no matter how hard you try to hide it, customers will hear about the layoffs. Would you rather they hear about it from a disgruntled ex-employee, or from you personally?

In a time when transparency in business is being demanded, companies cannot afford to ignore their communication responsibilities to all parties involved. Otherwise, you can expect to lose the trust of the very people you need on your side to see through these challenging times for your business. 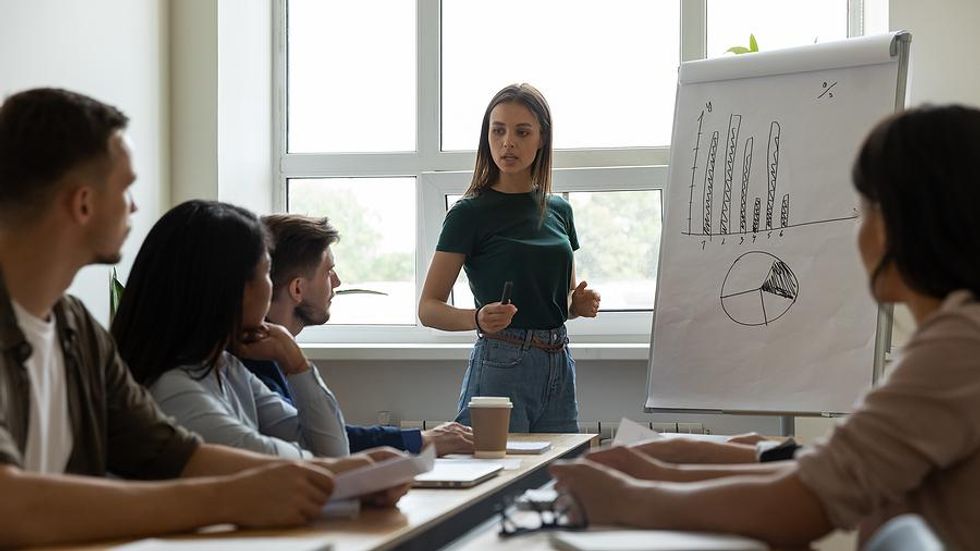 After the deed is done and the employees are let go, many companies try to rush back to “business as usual.” Well, that doesn’t work. Why? Because the layoff fundamentally changed your business so there is no going back to the way it was.

Instead, companies should offer weekly progress reports to show those who are still with the company the ongoing efforts they are making to ensure the decision to lay off workers will in the long run be the right thing for both the business and them. You don’t stop the communications until you reach the point where you can show proof of success (i.e. stopped losing money, stabilized budget, etc.). At which point, you announce the new game plan to get the company back to its former glory.

8. Not Treating People With Respect After They Are Let Go 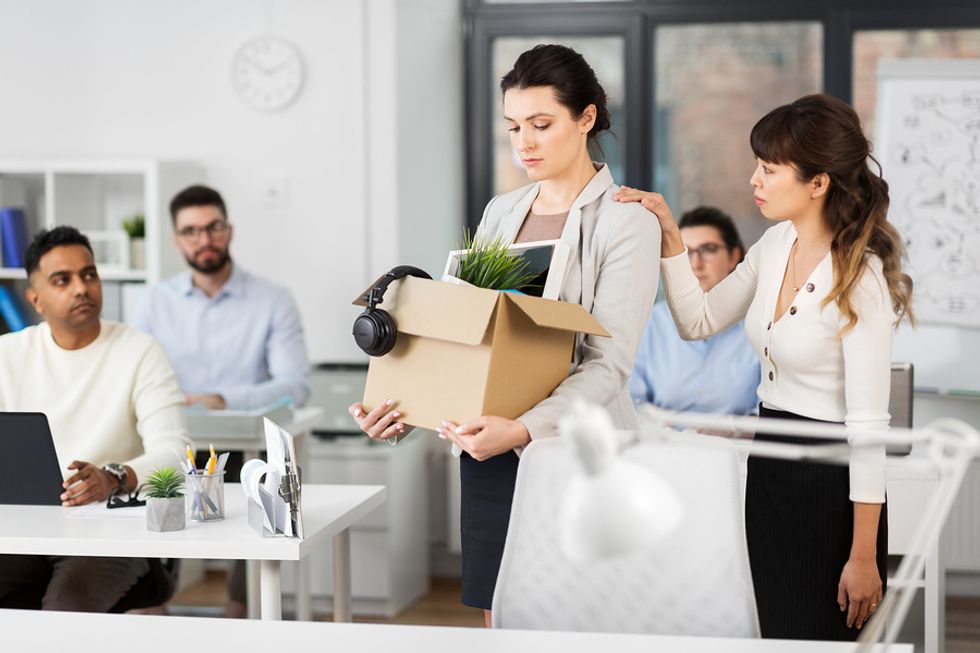 This is by far the most important. I’m amazed at how many companies let people go and then try their hardest to distance themselves from them. Example: A company I know laid off 2,000 people recently. Not only did they not give them any outplacement services, but they also decided they would not allow anyone at the company to be a reference for those who were let go. As a result, the 2,000 workers had no way to give potential employers a reference to prove they were part of an RIF (reduction in workforce).

The company stated that given the size of the layoff, employers would know about it and wouldn’t need references. Well, anyone in HR knows that these days references are very important. The company even went so far as to tell the employees who remained that if they got caught giving a reference, they would be fired. The 2,000 workers were forced to give an automated telephone line where it would verify pay and dates of employment as the reference instead. This created a lot of challenges for those workers who had been with the company for many years since they honestly had no live references they could provide during their job search.

I hope managers who are reading this article tuck it away so they can use it as a guide if the day comes when they need to conduct a layoff. I also hope anyone who has been affected by a layoff passes it along to their management team. Given how little training there is in conducting effective layoffs, we need to get corporate leadership up to speed on the right way to handle such a difficult situation. History shows that companies that manage the delivery of bad news and the need for change effectively are the ones that survive. So, the more senior management teams who read this and opt to follow the guidelines, the better, right? Do your part to educate your leadership team—send them a link to this article today!

Looking for outplacement services for your former employees?

I’d love it if you checked out the courses and coaching options my company offers, including our FREE community. In this community, professionals are learning how to become empowered in their careers so they can finally find career happiness and satisfaction. More importantly, there are tons of resources inside this community that have helped thousands of professionals find their next job.

Check out Work It Daily’s outplacement services today! My team and I are looking forward to working with you soon.

How To Improve Team Dynamics

How To Organize Data Governance For Business Impact

How To Organize Data Governance For Business Impact

Relationships Matter in Student Affairs — But So Do Data and Strategy

The Many Reasons Students Quit College

FOIA request prompts feds to ask: Should contractors’ EEO-1 data be made public?

How to Improve Your Problem-Solving Skills