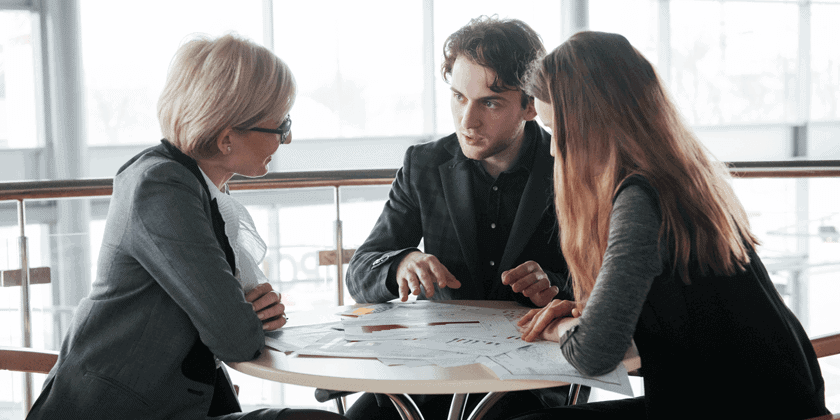 Most of the people I know have been unemployed at one point or another. There’s a sense of despair that comes with losing their source of income. Perhaps more devastating is a sense of emotional turmoil, which can include sadness, anger, self-doubt, fear, isolation, and even depression.

A special category of unemployment identifies people who’ve been unemployed for 27 weeks or more. They’re referred to as long-term unemployed. The long-term unemployed experience the aforementioned symptoms at a more heightened level. I know this because many of my clients are at this stage, some for a year or more.

Struggles of the long-term unemployed

The following are the concerns of the people Sharone interviewed.

Arnold described the job search as a black hole, where he would send his applications to employers and never hear from them. This is not uncommon among the long-term unemployed, who want to hear something from employers even if it’s a rejection. Sharone explains, “This void leaves it up to job seekers to interpret the reasons for their labor market difficulties, which frequently results in highly individualized accounts.”

Deborah talked about the loss of identity. “This is a fairly major yardstick that we all put against ourselves, our employment. We define ourselves partly by what we do. Right now I’ve had the rug pulled out from under me in terms of how I identify myself.”

In writing this article, I reached out to six people, asking them to describe their experience of being unemployed for longer than a year. Two people responded. I imagined the other four people didn’t because they didn’t want to relive their experience.

Doug wrote, “I get my strength and rejuvenation from helping others. During this period [of unemployment], I was the one that needed help and support. It was new to me and hard to accept. I would be lying if I said I never got down or discouraged. You don’t necessarily want a ‘pity party,’ but sometimes you just want to be left alone to let your thoughts and emotions marinate.”

David wrote, “If I can capture my feelings in simple words they would be despair, desperation, and disbelief. Despair at having to draw down savings and even my 401K to survive. Desperation at watching my retirement vanish. And disbelief that a skilled person with years of experience and strong accomplishments was passed over time and again.”

Many believe there is a correlation between age and long-term unemployment. David wrote, “I suspect ageism played a role, as did the bias many hiring managers have for people who are out of work. Despite the deep crash starting in 2007, too many employers still believe that if you have no job, especially if you’ve not had one for a while, there must be something wrong with you.”

I believe David is correct on all counts.

Isolation is a symptom of long-term unemployment which is hard to overcome. Doug describes the support he received from family and friends, some friends he developed during his job search:

“I am fortunate that way. I also have a strong base of family and friends that kept me motivated. Many of these friends I never knew until I got laid off. I met them through job clubs and networking groups and consider myself lucky to have found them. They truly understood what I was going through.”

The organization Sharone created at MIT matches volunteer coaches with long-term unemployed to provide them support and advice. One of the many benefits the group offers is being with others who are in the same situation.

For example, Becky, who had previously described the black hole experience as “deadening” and as making it hard to “roll up your sleeves and try again,” explained that “it’s helpful to be part of a group and recognize I’m not alone.”

Bob shared, “When you’re let go, you get discouraged, frustrated, disappointed, feel like a failure,” but he explained that the support he received helped him recognize “the positive things that I’ve done in my career and has helped me see that focus. So keeping me aligned with what I can offer an organization, rather than what it was that I wasn’t able to offer.”

Most people understand the importance of networking, but many people are reluctant, if not terrified of networking. For the long-term unemployed, networking outlets can lose their appeal as the forums are attended by the same people. I’ve attended networking events as a visitor or presenter, where I’ve seen people who seem to have been there a year ago. This is not due to a lack of effort on their part. They may have been victims of the long-term unemployment stigma.

The quickest way to earning a job is by being referred to a position by someone who is known and trusted by the employer. This is easier said than done, and for someone who has been out of work for more than 27 weeks, finding people to refer them can be a tall order. It is, therefore, essential that a long-term unemployed is able to promote themselves to people who are in a position to recommend them.

David never gave up on networking the two years he was out of work. “My landing was through networking,” he wrote. “Someone knew someone looking for my skill set – more importantly, that someone specifically recommended me. That built up, eventually, to a full-time position that, alas, was a finite one.”

While the aforementioned solutions are important, a well-crafted resume and LinkedIn profile are paramount to avoiding the “black hole” syndrome. Foremost a resume needs to be tailored to each position for which one applies. It’s essential that the long-term unemployed demonstrate how they can meet the needs of the employers. A one-fits-all resume will fail to accomplish this.

Secondly, the resume and LinkedIn profile have to express one’s value through measurable accomplishments. All too many long-term unemployed insist on listing duty statements that lack quantified results. They’re very proud of what they’ve done, but neglect to demonstrate how well they’ve performed their duties.

Lastly, the resume must get past applicant tracking systems (ATS), which approximately 99% of Fortune 500 companies are using, more than 60% of mid-sized companies employ, and some small companies are outsourcing. Most of the clients I talk with are unaware of ATS, as well as Jobscan’s software that helps them optimize their resumes to beat the ATS.

Having a strong LinkedIn campaign is also a key requirement for the long-term unemployed. Some sources state that between 87-94% of recruiters use LinkedIn to find talent. Further, Approximately 40% of employers will immediately reject candidates if they don’t have a LinkedIn presence.

As stated earlier, there is a bias against the long-term unemployed. Interviewers might be wondering why one has been out of work for six months. What’s wrong with them? Sharone acknowledges in an interview that this bias exists:

“We have age discrimination laws that reflect our belief that it is not okay for an employer to assume that just because you are 50 years old, you’re not qualified or skilled anymore. I think the same thinking should drive policies that say we don’t think it’s a good idea for employers to make an assumption that just because you’ve been unemployed for six months, you’re not good or skilled.”

Long-termed unemployed must realize that getting to an interview means there is a chance for them to land the job at hand. But only if they block the bias from their mind will they be able to perform well enough to secure the position. In all likelihood they will be asked why they’ve been out of work for so long–many of my clients are asked this. A successful response to this question will rely on their honesty and conviction in their ability to succeed in the role they’ll be assuming.

The final suggestion I have for the long-term unemployed is taking a break. Whereas some might think putting their job search in overdrive is the way to success, taking their foot of the gas pedal every once in awhile will help them maintain their sanity. My contributor, Doug, told me once when I asked how his week had gone that he took it off. My initial thought was, “The whole week.” But it dawned on me that it was a good move on his part. In the end, he landed a job. When it comes down to it, that’s the endgame.